We are proud to announce our Fall Meeting – Widely regarded as the Greatest Professional Wrestler of All Time and the Best American Performer of the 1980’s! Recognized officially as the 16-Time World Champion!! – “The Nature Boy”!!! 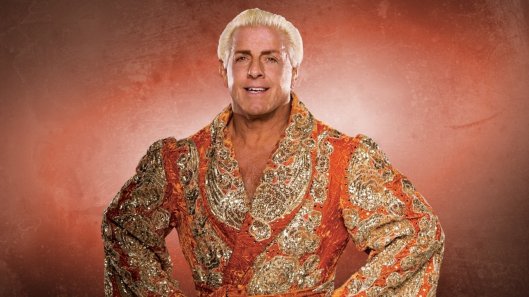 Ric Flair is considered by many to be the best professional wrestler of all time. His wrestling career spanned for over 40 years and he has worked with the NWA, WCW, TNA and most notably the WWE. A 16-time heavyweight champion, who earned the moniker “Nature Boy” early in his career has been an influential icon to so many generations of people. Regarded as the “dirtiest player in the game,” he is known for his incredible athletic ability and his larger than life persona. His trademark Wooooo! and his signature promos continue to live on in the wrestling world and beyond.

In 2012, Flair became the first ever two-time inductee into the WWE Hall of Fame: the first in 2008 and the second in 2012 with the Four Horsemen.

Along with Flair’s action-figure strength and unparalleled athletic ability, Flair’s in-ring persona and stylin’ and profilin’ promos added to this icons popularity among fans. And his almost superhuman resilience gives him an added edge. Working in the ring, seven days a week for over 40 years would take a toll on any one’s body, but not even a broken back from a plane crash or being struck by lighting could ever keep limousine riding, kiss-stealing, Rolex-wearing legend down.

Now, retired from the ring, and currently under the Legends contract with the WWE, Ric Flair continues to work, doing public appearances and signings. Working with his daughter Charlotte, a WWE wrestler herself, the two collaborated on a joint autobiography “Second Nature” released in September 2017 by St. Martin’s Press. Flair is also the subject of ESPN’s 30 for 30, one of the most anticipated documentaries of 2017 which airs in November 2017.