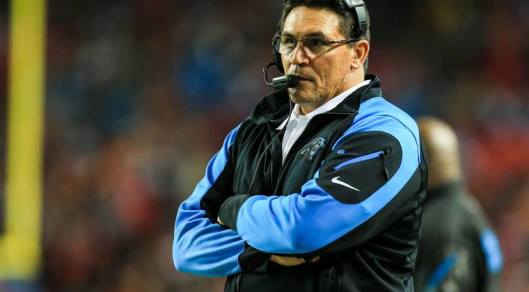 Known around the league as a teacher with an innate ability to build his team around the strengths of his players, two-time NFL Coach of the Year Ron Rivera inherited a 2-14 Carolina team as a rookie head coach in 2011 and has quickly guided it back to relevance in just five seasons.

In 2015, the Panthers captured their third consecutive NFC South title, claimed the top seed in the NFC, won the second NFC Championship in franchise history and appeared in Super Bowl 50, and Rivera was named NFL Coach of the Year for the second time in three years. Carolina finished the season with a franchise-best 17-2 record, including postseason victories over Seattle in the NFC Divisional Playoff and Arizona in the NFC Championship, and became just the seventh team in the Super Bowl era to post a 15-1 or better record in the regular season. The Panthers are one of four teams to reach the divisional round of the playoffs each of the last three seasons.

All current members should receive your letter formally announcing Coach Ron Rivera in early April. Guests spots will be limited to the first 40 received..